Krzysztof  Penderecki is a composer who is still alive. He is still probably, best known, for his work Threnody to the Victims of Hiroshima (threnody just means lament, or “wailing song” if you’re into Greek). It becomes very difficult writing about such works that you would study in academia: what can you say that hasn’t been said, and you run the risk of repeating someone, who’s said it better. It’s a trap. Nonetheless, I feel like there are enough people who don’t know this music that merits a revisit, at least for me. Especially now.

Twin Peaks is back, and no I haven’t gone off topic. The latest episode, “Part 8” aired June 25, 2017. While this isn’t meant to be a discussion on Twin Peaks, I will briefly explain, just in context, why Threnody and Twin Peaks is intertwined. The return has been controversial at best and has left many audience members scratching their heads. Eight episodes in, and we’re greeted by 8 minutes of music written some 57 years ago. Why? They are more things in common with this revival episode and the piece then first meets the eye.

Okay, I’m not really going to get into an overview of the return of Twin Peaks, that’s far too daunting. In fact, there’s really no point going over the plot (yes there is one), however, I’ll dive into the overview of what Twin Peaks is, at least partially and wholly what Director David Lynch’s entire filmography thematic content has always been about.

In this episode, we have an interruption of the serialized plot to visit the origins of evil that exist in the universe that is Twin Peaks Television Universe. We the audience, see in black-and-white, the text that reads July 16, 1945, White Sands, New Mexico, where an atomic bomb is detonated. This essentially is the birth of evil, much like Godzilla did in 1954.  Yeah, there’s a bunch of weird images and more stuff that ties into the plot of the show. I’ll skip over all that. What we do see is Trinity go off, and we the viewer go into it, at the atomic level.

This is not Lynch being weird for the sake of being weird. He’s abstract sure, but the symbology is always beyond clear. J. Robert Oppenheimer famously said, “I am become death, the destroyer of worlds.” Of course, his exclamation immediately after the Trinity atomic bomb test was actually, “It worked!”. It wasn’t until years later that he recited the Bhagavad-Gita, in an interview in 1965, about his thoughts on the test. He began that interview saying, “We knew the world would not be the same.” Of course, this is the whole point Lynch is trying to say. His ongoing themes and motifs have always been the juxtaposition of the underbelly of Americana, what we do in the secret. So in this show, he is putting a literal token of evil, giving it a face, BOB, the destroyer of worlds. And in the Twin Peaks universe, this might even go beyond earth, but to possibly the Black Lodge and Purple Castle (yeah, I know).

So why Threnody? In preparing to write this, I watched a review of the episode on YouTube, and he looked down at his paper to pronounce the title of the piece, and said, “I had never heard of it before.” Likely, surprising since it has been used in countless film excerpts, namely Stanley Kubrick’s 1980 adaptation of The Shining, Alfonso Cuarón’s 2006 film Children of Men (still holds up kids). So yeah, you technically HAVE heard this before.

So again, WHY Threnody in Twin Peaks?! It’s used to in a  very artistic sequence depicting the Trinity nuclear test of 1945. And that’s what the piece is about. Well, kind of. Not really.

As the title suggests, it’s actually about the victims of Hiroshima. So that’s not Trinity, that’s “Little boy“. So that’s not the same! Ah, is it? See there’s a gotcha with Threnody to the Victims of Hiroshima: it’s not even about the Hiroshima bombings. Originally it was called 8’37”, clearly an homage to John Cage’s most famous piece. You see Penderecki said of the piece, “It existed only in my imagination, in a somewhat abstract way.” When he heard it first performed, “I was struck by the emotional charge of the work… I searched for associations and, in the end, I decided to dedicate it to the Hiroshima victims“. And four years after he finished the piece he said, “Let the Threnody express my firm belief that the sacrifice of Hiroshima will never be forgotten and lost.”

Both Lynch and Penderecki are results of post-World War II art. Penderecki was born in 1933 Poland. By 1939, when WWII broke, his family moved out. Krzysztof was six-years-old. David Lynch was born in 1946 Montana to a US Department of Agriculture scientist father and English language tutor mother. Both men lived in a world where World War II had always existed.

In this episode, specifically, this sequence, is an apocalyptic narrative of the spiritual collapse of man. Penderecki’s music is multi-textured. Even his lack of naming the piece until hearing it is an admonition of adorning his piece with the ultimate gravity.It is an exercise in aleatoric orchestral free-for-alls, fulfilling its destiny as the soundtrack to horror. Penderecki isn’t the only post-World War Polish composer. There is an entire school of the courageous vanguard, limit testing communist Polish composers, Henryk Górecki and the most underrated Witold Lutosławski (notice the cool line through the second ł–what a cool language!). This is the world of sonic extravagance. The fearless grasping at extremes, where consonant and dissonant is treated with equal ambivalence. If you watch anything by Kubrick, you are prepared for the visual psychedelic extravagance, that Lynch recalls (or if you’re really cool Peter Campus), that Threnody lends itself so well. The sustained screaming of strings was first heard in Warsaw 1961.

The piece is written for 52 string instruments. Not that weird really. So it’s the orchestra minus the woodwinds, brass, and percussion really. He divides up each string part in half, also not weird. Even the number is pretty consistent with the number of strings (violins, violas, cellos, double basses) you’d have within a symphony orchestra anyway (smart). So he’s doing what we call tone clusters: a chord that’s a little closer together than “normal”–nothing you haven’t already heard before; the difference is, Penderecki is sustaining it. He’s also exploring extended technique, varying the vibrato, slapping the instruments, playing in weird places, all to achieve this sonic texture. Of course, the score is fun too: thick black lines instead of the usual black circles. Sometimes the piece is aleatoric (think Choose Your Own Adventure but for notes), yet oddly specific as to how long these sustaining notes go for, often down to the second.

Lynch backs up his abstraction with coherent cinematic language, which we’ve seen before, aimed to give you a deeply visceral experience. Is eight minutes of extreme music, with psychedelic visuals without any dialog a lot to take in a TV show? Yes. Does it make any sense? Yes. The difference is what most people think as “arty farty” actually has no depth. Just meaningless noise, visual or otherwise. But here Lynch gives context: connecting you to the depth of the nature of evil, the cost of war and science. To dismiss something before you’ve seen it, or if you don’t get it, is an unwillingness to engage with what’s presented to you. An unwillingness to acknowledge the abstract is refusing to take High School English: admit it, you’re boring.

You know when you discover something you probably shoulda already known? I present to you the magic that is the Stoneman Family.

Ronnie Stoneman. What can I say. Watch this for 10 seconds and you get everything you need out of this.  Her face is so dour, even Jack White is sad about it.

Of course she tried to smile, but her sister Donna just straight-up steals the show 10 seconds in, pogoing around with as much exhuberence as  Sally Hawkins in a Mike Leigh film. https://www.youtube.com/watch?v=AvWPMnjrAuo

Me, I’ve also been a sucker for pogoing onstage, it’s one of my favorite moves (see Kathleen Hanna circa Bikini Kill).

Donna’s so great, amiright?! But who’s the old man sitting there? Maybe the most 60sist video ever will be illuminating:

“Pop Stoneman is well remembered and respected by country musician, for his ability to play melodies note-by-note on the autoharp.”

Getting back to why I’m really here, it’s all about Donna!

I mean her energy is infectious! Hope you find as much joy in this as I did.

So there’s a series of movies set every 9 years. You may have heard of them. They all start with the preposition “Before”

END_OF_DOCUMENT_TOKEN_TO_BE_REPLACED

The best horror movie of the year.

END_OF_DOCUMENT_TOKEN_TO_BE_REPLACED

It just came at the right time. END_OF_DOCUMENT_TOKEN_TO_BE_REPLACED 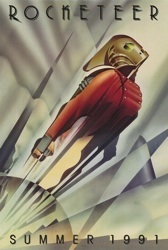 I’m going to a movie festival.

Yeah its in my living room though.